Panattoni sees value in Bydgoszcz – The developer has delivered over 200,000 sqm to the city and is thinking of further expansion 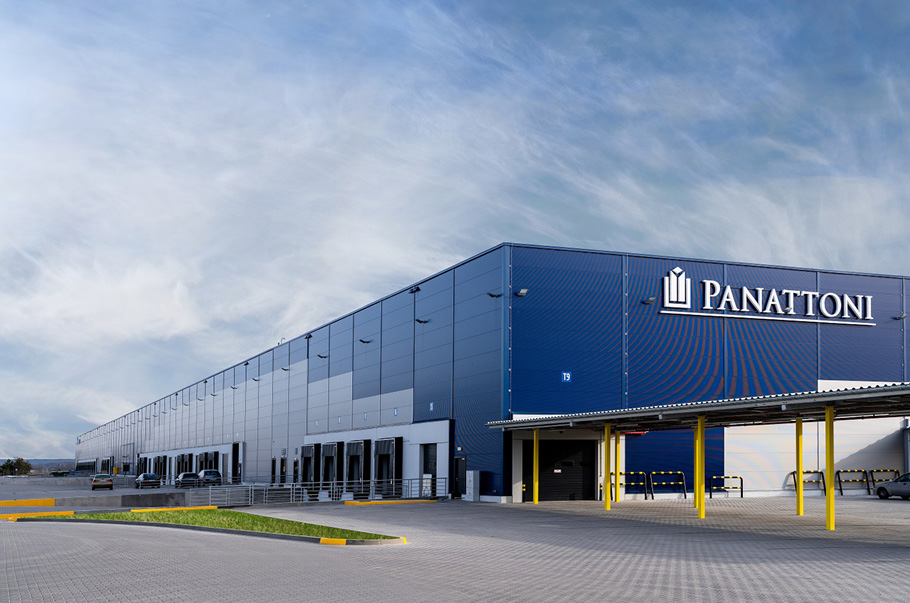 European industrial real estate market leader Panattoni has revealed the potential of the Bydgoszcz warehouse market. Over the last five years, the developer has delivered over 200,000 sqm to the city including space in its own parks and BTS developments. These include projects for Carrefour and Kaufland, two giants of retail. Leading companies in logistics and e-commerce have backed Panattoni’s Bydgoszcz buildings. For this reason, the developer is now announcing that it is to build up its portfolio taking advantage of Bydgoszcz’s superb location that lies between Warsaw, Poznań and the TriCity as well as of the unwavering support from the city authorities and the Bydgoszcz Regional Development Agency.
Panattoni is the driving force behind Bydgoszcz, while Bydgoszcz drives the development of Kuyavia. Bydgoszcz is the most important warehouse centre of the Kujawy region, which in terms of demand for warehouse space is catching up with the ‘big five’ – Poznań, Warsaw and its surroundings, Upper Silesia, Wrocław and Central Poland. Supply in the region comes to over 400,000 sqm of which over 70% of the space is Panattoni’s, while in the very centre of Bydgoszcz the company has delivered 220,000 sqm. The developer was not only one of the first to see the potential of the location but has for years been the driving force behind the region’s development with its plans for further investment.

“Many logistics companies have found a home in our developments, such as Nissin Logistics, DB Schenker and e-commerce companies also appreciate the location. The leading online retailer of tyres Oponeo.pl has leased space in Panattoni Park Bydgoszcz while another giant that dominates its sector – Inpost – has moved into Panattoni Park Bydgoszcz II. We have also completed two large BTS projects for leading retail firms Carrefour and Kaufland delivering another 38,184 sqm and 45,000 sqm respectively,” comments Andrzej Spiesz, the Development Director at Panattoni and he adds, “Now we are planning to develop another stage of the distribution centre on ul. Mokra. The building is to be completed in the first quarter of 2022 and will add another 30,000 sqm to Panattoni’s Kujawy portfolio. We will also be present in the Western part of the city.”

The growing market for industrial premises in Bydgoszcz results from both the city authorities and the Bydgoszcz Regional Development Agency consistently pursuing a policy of supporting investment and industry. “The pro-business attitude of both the authorities and local organisations has allowed many investors to tap into the enormous potential of the area for both their national and international operations. The administrative capital of the Kujawsko-Pomorskie region not only has excellent road connections with other cities including those in Poland and abroad but also strategic rail links and international flights,” adds Andrzej Spiesz from Panattoni.

Bydgoszcz’s superb location is driving up the demand for the space provided by Panattoni. The S5 expressway, which is under construction, will eventually join Poznań with Gdańsk, while the S10 is being built not only to go through Kujawy but also to go up near to the port of Szczecin-Świnoujście and the North of Germany while the other end of the road is to go down almost to Warsaw itself. Additionally, the city lies on three main train lines (Silesia-Gdańsk, Warsaw-Szczecin, Wrocław-Gdynia), and the Bydgoszcz Emilianowo Intermodal Terminal is being built in the region, which will serve as a logistics centre for the TricCity’s sea ports. The international airport around 8 km from Panattoni’s centre adds to the international appeal of Kujawy.

Panattoni’s Bydgoszcz buildings also benefit from space that the developer can modify to meet the needs not only of warehousing but also light production. This is particularly significant in the light of data that shows that the production sector accounts for more than 50% of the employment in the region’s administrative capital. Additionally, the projects being developed in Kujawy are ecologically sustainable and the latest of these – Panattoni Park Bydgoszcz III – is to undergo BREEAM certification for a certificate of ‘Very Good’ It is also one of the developer’s first projects to have solar panels installed at the special request of the tenant – Reconext, a leading after-sales servicer of electronic equipment.