Panattoni boosts e-commerce in the Tricity by leasing 52,000 sqm to for Globalway in Gdańsk 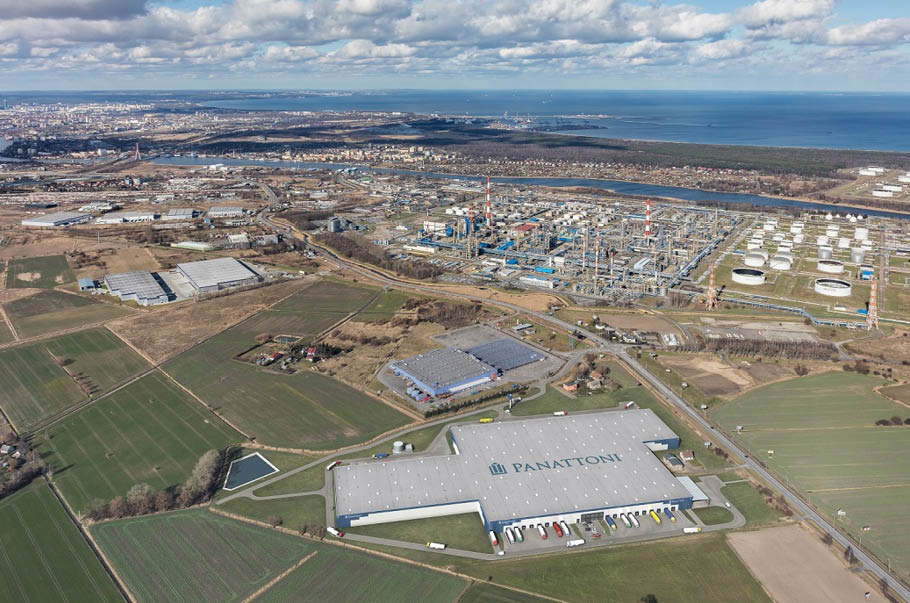 Panattoni, the European industrial space leader, is continuing to strengthen its position in Pomerania as the local infrastructure rapidly improves in the region and the e-commerce segment booms. One of Panattoni’s existing customers, Globalway – a supplier of (among others) toys, furniture, sports accessories and interior furnishings produced in China – has decided to lease the whole of Panattoni Park Tricity East IV. This has been made possible thanks to the close cooperation of the developer with the Polish Investment and Trade Agency (PAIH), which is supporting the project by providing investment incentives for Globalway. The 52,000 sqm complex is to be built in the eastern part of Gdańsk, where the tenant will be ready to move in as soon as the first quarter of 2021. The leasing deal was brokered by Querco Property.
The Tricity ports have already made a major contribution to the boom in e-commerce and the warehouse market in Poland. In 2019, the Port of Gdynia handled 24 million tonnes of goods, while the Port of Gdańsk handled a record 52 million tonnes, one of the largest volumes of any Baltic port. Thanks to this, the economy and the warehouse market have been going from strength-to-strength in Pomerania, which, as the sixth largest warehousing region in the country, could soon exceed 1 million sqm of modern warehouse space.

“The Tricity is gradually becoming the leader of all the markets outside the ‘Big Five’. Our first park in Gdańsk had 46,000 sqm of space. This year, the volume of Panattoni’s space in this region will grow to 500,000 sqm. The economic growth of Pomerania – and of the entire country – is being accelerated thanks to the expansion of the Tricity ports and the improvements to the road and rail infrastructure along the Baltic–Adriatic transport corridor. All this, as well as the planned central port in the Bay of Gdańsk, means that the Tricity ports are set to break new transhipment records over the next few years, which will be followed by a growing demand for warehouse space,” says Martyna Sochaczewska, a Senior Leasing Manager of Panattoni.

This has been noted by Panattoni’s clients, especially those active in the e-commerce segment, for whom having sea container ports nearby is crucial. Globalway (part of the Costway group) is one of the largest suppliers of products from the Far East and China, operating in more than 150 countries. Its strategic partners include the likes of Walmart, Amazon, eBay, Wish and Home Depot. When the company started its activities in Poland, its first partner was Panattoni, from which the company leased 3,500 sqm in the developer’s first Gdańsk project – Panattoni Park Gdańsk I. Over time, it has gradually expanded its premises and has now decided to lease 52,000 sqm at Panattoni Park Tricity East IV. This was originally to be a three-building complex, but now the plans have been modified so that just one facility is to be built – exclusively for Globalway.

According to Sean Yao of Globalway, Panattoni, as the leading warehouse developer in Poland, not only has excellent parks in strategic locations, but also guarantees a high technical standard in its facilities: "This is crucial in an era when e-commerce is booming, especially for companies that are just entering a new market. Our Gdańsk distribution centre will not only further boost our ability to trade across the European region but will also allow us to bring both Polish customers and producers into our trading orbit. Over the last year, we have significantly increased our sales volume and augmented our product base, as well as establishing the www.costway.pl online store – our latest distribution channel. With this new warehouse space, we will be able to expand even faster and more dynamically,” he explains.

The development of this latest distribution centre, which will serve both Poland and Europe, has been made possible thanks to the close cooperation between Panattoni and the Polish Investment and Trade Agency (PAIH). By joining forces, a wide range of investment incentives have been made available for Globalway in the form of tax breaks and government support for setting up operations. The project has been granted Polish Investment Zone status, based on a decision supporting this by the Pomeranian Special Economic Zone Sp z o.o.

“We are very pleased to have been able to assist Globalway in taking the decision to expand its operations in Poland. The company’s distribution centre in Gdańsk is an example of a project that we started and have now completed during the Covid-19 crisis. Therefore, we hope that Globalway is not the last project from China to be granted an investment decision this year. The number of Chinese projects supported by PAIH has been growing, mainly from the industrial and production sector, but also from the distribution segment. The large centres being opened by global companies are driving the e-commerce market across Europe – and we want Poland to be an important link in this chain,” says Grzegorz Słomkowski, a Member of the Management Board of the Polish Investment and Trade Agency.

During the transaction, Globalway was supported by Querco Property: “Our client once again emphasised not only the high quality of the facility, but also its location. It was the relationships developed during the first project and the openness of the developer Panattoni to the tenant’s needs that led Globalway to decide on Panattoni Park Tricity East IV. It is a perfect location, because the Port of Gdansk and the DCT Gdańsk deep-water container terminal are at close hand, which is a significant advantage when it comes to the handling of international sea transport. In addition to that, it is also close to the southern Gdańsk bypass and the S7 route and the north-south A1 motorway, which opens up the way for the new Globalway European Logistics Centre towards the Adriatic Sea,” comments Marek Kurzątkowski, a Property Negotiator at Querco Property.

Construction work on the warehouse and distribution centre for Globalway will start in the third quarter of the year. The facility is to be BREEAM certified at the ‘Very Good’ level. In line with the latest standards implemented by Panattoni, the warehouse will be given glass and aluminium façades in the office section, a new colour scheme and additional greenery.