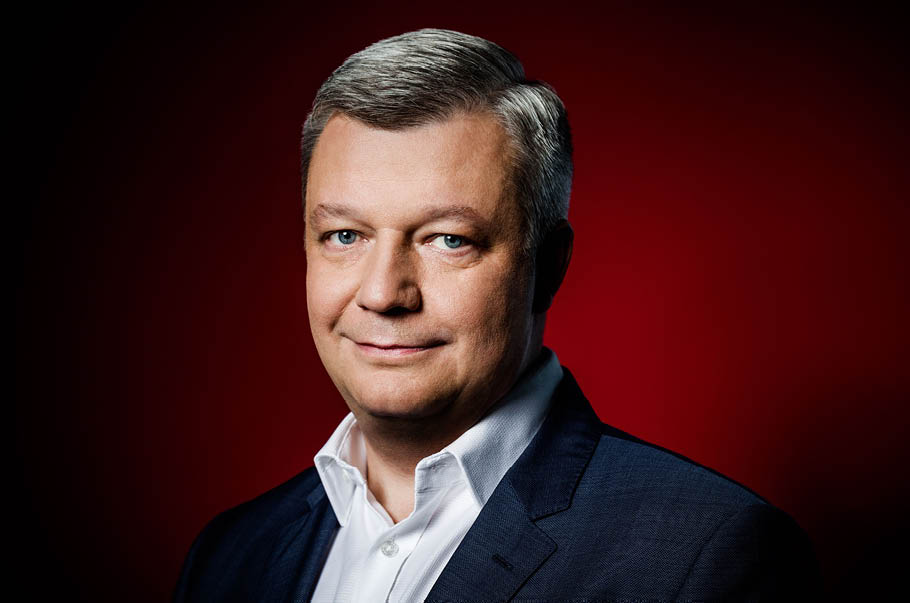 Eurocash Group’s revenue in the first quarter of 2020 reached PLN 5.92 billion, up by 8% from the same period of 2019. Sales in the wholesale segment went up by 6% y/y and in the retail segment by 12% y/y. EBITDA exceeded PLN 126 million, 4% higher than last year. Costs related to the COVID-19 pandemic reduced the Group’s results by approx. PLN 10 million. Eurocash Group closed this year’s first quarter with a net loss of PLN 62 million (compared to a net loss of PLN 40 million in the preceding year). Net result was significantly influenced by currency effect of leasing contracts revaluation in accordance with IFRS 16, amounting to PLN -25.5 million.
Eurocash Group’s important role during the pandemic

“Nearly 15% of all food sold in Polish stores goes through Eurocash Group’s distribution centres and wholesale locations. The scale of our operations places on us an exceptional responsibility during the coronavirus pandemic. We are focusing our efforts on ensuring the continuity of food product supplies to stores, while maintaining the highest level of safety for our employees and customers – the owners of independent stores – and their employees,” said Jacek Owczarek, CFO and member of Eurocash’s management board.

“The restrictions introduced in March concerning movement and the operation of retail sites significantly impacted consumers’ shopping decisions. As consumers, we began to visit stores much less frequently, spending in them more on average than before the pandemic outbreak. For Eurocash Group, COVID-19 meant a temporary increase in sales in the first quarter of 2020 in both the retail segment and wholesale segments, which cooperate with franchise, partner and unaffiliated stores. At the same time, we recorded a drop in sales in the HoReCa segment due to the shutdown of food businesses and hotels. The additional costs related to the pandemic in the first quarter are estimated at approx. PLN 10 million. They concerned temporarily higher remuneration costs for employees and providing them with personal protection equipment,” explained Jacek Owczarek.

Eurocash Group’s wholesale segment recorded 6% y/y growth in sales in this year’s first quarter, to PLN 4.36 billion. The segment’s EBITDA reached nearly PLN 114 million, up by 13% from the previous year.

“The wholesale segment’s results were positively impacted by strong growth in like-for-like sales at Cash&Carry wholesalers, reaching 8.5% y/y, and a nearly 16% bump in cigarette sales, mainly to large customers. These increases more than offset the decline in sales at the Eurocash Food Service format, which caters to the HoReCa channel,” said Jacek Owczarek.

The wholesale segment was furthermore positively affected by the integration of Eurocash Distribution with Eurocash Alkohole, which was completed last year. The Eurocash.pl platform was successfully continued to be developed within the Eurocash Distribution format, as well. It is currently used by 12 600 customers of the Group – independent entrepreneurs operating retail shops. Sales via Eurocash.pl in the first quarter of this year reached PLN 1 billion (compared to PLN 0.8 billion in the same period of 2019).

“Following the completion of integration of the supermarket chains acquired in previous years with Delikatesy Centrum, since the beginning of this year the retail segment operates as a harmonised and centralised business. In the first quarter, we invested in shared promotions and communications activities for all stores, which should translate into higher recognisability and competitiveness for the chain as well as further gains in productivity,” said the member of Eurocash’s management board.

The Projects segment, which is used by Eurocash Group to develop innovative retail formats such as Duży Ben (alcohol markets), abc na kołach (general grocery mobile stores) and Kontigo (cosmetics shops), generated PLN 38 million in sales in the first quarter of 2020, 2.4 times more than in the previous year (PLN 16 million). Due to higher expenditures on expansion across all of these formats, the Projects segment’s impact on consolidated EBITDA in Q1 2020 was PLN -14 million, compared to PLN -10 million in the preceding year.

“The Duży Ben alcohol markets made the largest contribution to sales growth in the Projects segment. Their number at the end of March reached 91, compared to 77 at the end of 2019. We are approaching the break-even point this year – we estimate that this will happen when the Duży Ben chain will have about 120 markets,” said Jacek Owczarek.

According to Eurocash Group’s estimates, the Kontigo chain will break even at approx. 100 locations (there were 33 at the end of March 2020), while the abc na kołach project will start making money when it will have about 240 vehicles (99 at the end of Q1 2020).