Lublin at the forefront of CEE cities 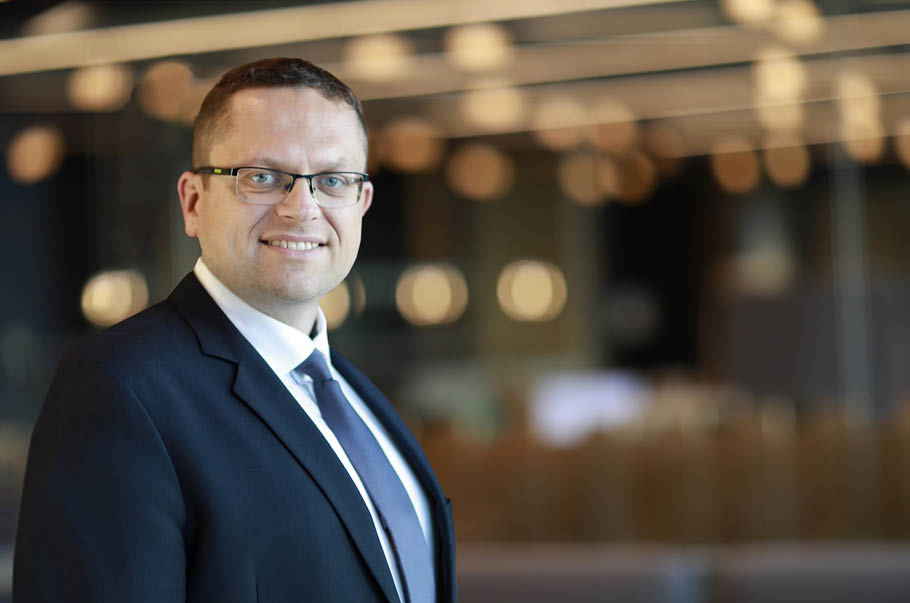 Lublin is the most rapidly developing city in Eastern Poland. The city has become synonymous with rapid social and economic progress, which has allowed it to join the ranks of the most attractive places to live and do business in Poland. Lublin has also developed a strong position in Central and Eastern Europe. International rankings place the city on an equal footing with Eastern European capitals such as Sofia, Zagreb and Vilnius, according to the latest Colliers International and City of Lublin report ‘The future starts here... Lublin’.
Lublin, as the provincial capital, is the economic, cultural and academic centre of the region. The city is home to around 340,000 people, making it the ninth largest in Poland in terms of population, while the Lublin Metropolitan Area has over 600,000 inhabitants. Thanks to the airport and the intersecting national roads, which will soon become part of the cross-border road network, Lublin is an important transport hub for the region. Its transport accessibility, modern offices and warehouse space attract investors and employees to Lublin, who find a high standard of living, interesting workplaces and high wages.

For years, an important asset of Lublin has been its access to highly qualified employees among graduates of Lublin’s nine universities, which have almost 200 faculties. The attractiveness of local higher education institutions attracts foreigners, who in 2018/2019 constituted over 10% of all students in Lublin. Currently, there are about 61,600 students from 96 countries in the city. Looking at today's image of Lublin, the prospects for its development in the coming years are very positive. Thanks to its rich scientific base, as well as effective cooperation between the city, business and science, Lublin has a chance to become an important European research & development centre for new technologies.

Public transport in Lublin is extremely extensive, and covers neighbouring municipalities. Lublin is one of three cities in Poland which, in addition to bus connections, is developing a trolleybus network as part of its low emission transport policy. The city also supports electromobility for private transport through charging points for electric vehicles. In addition, the city has a network of electric scooters and a fleet of urban bicycles that can be ridden along 170 km of bicycle paths.

IT dominates in Lublin

The fastest growing sectors of Lublin's economy are the ICT, automotive, machinery and aviation sectors, as well as medicine and biotechnology. Dominant among tenants are companies from the modern business services and IT sectors. This is due to their fast growth rate and, consequently, increased demand for additional space. The BFSI sector (Banking, Financial Services and Insurance) is also strongly visible in the tenant structure, as exemplified by the record-breaking Santander Bank Polska transaction in CZ Office Park A. Lublin's potential is increasingly recognised by developers, which can be seen by further projects planned in the city. In the coming years, we expect further market development and growing interest from tenants.

“Today, the tradition of old Lublin intertwines with modernity, which manifests itself in technologically advanced industrial plants, high-class office space and developing infrastructure, as well as smart city management. Thanks to EU funds, local people are benefiting from ecological urban transport, the fourth generation economy is developing, and successive stages of the smart city concept are being implemented. Building friendly, green spaces in districts is also a priority. Lublin is not only a good place to live, but also an important economic, cultural and academic hub in Central and Eastern Europe. Our participatory projects have been recognised as good practice on a national scale, and the active participation of residents in shaping the city continues to result in investments that increase the quality of life," says Krzysztof Żuk, Mayor of Lublin.

Lublin is the seventh regional office market in Poland in terms of supply, and it has the largest amount of modern office space in the eastern part of the country. The total stock of modern office space at the end of 2019 amounted to 191,300 sq m in 48 modern office buildings. Currently, in Lublin, there are about 22,000 sq m of offices in the active construction phase, while in the planning phase with an expected delivery date in 2021-2023 there are about 29,000 sq m.

“The demand for office space in Lublin last year amounted to almost 9,000 sq m. All the contracts were dominated by new agreements, which accounted for 88% of the total transaction volume, while renegotiations of agreements accounted for 11%. The largest transactions signed in the Lublin market in 2019 included the record-breaking Santander Bank Polska contract in CZ Office Park A (4,700 sq m) and the renegotiation and expansion of Predica in Gray Office (1,000 sq m)”, says Karol Piekarski, regional director of Colliers International in Lublin.

At the end of 2019, the vacancy rate decreased by 6.1 p.p. compared to Q4 2018 and stood at 9.3%, which translated into 17,700 sq m of available space. Lublin is a competitive market in relation to other regional cities due to favourable lease conditions. Rents for office space have remained at a similar level for several quarters. In modern A-class projects, tenants have to pay between EUR 10 and 13.5 sq m per month, while in older buildings the rates are EUR 9–10.5 sq m/month.

Lublin has been a dynamically developing market in recent years in terms of modern warehouse space. The potential of this location has been noticed by international developers such as Panattoni Europe, MLP Group and Goodman, who have located their investments in the region. At the end of 2019, the total supply reached approx. 232,000 sq m, of which 43,000 sq m were delivered last year and a further 53,100 sq m are under construction.

“The geographical location, the economic development of the city and the improving road infrastructure make tenants interested in this location. This is confirmed by the fact that, as at the end of December 2019, all existing warehouse space in the Lublin market was leased. Aware of the potential of the market, investors are securing land for further warehouse investments. We forecast that in the coming years the supply of modern warehouse space in the Lublin market may reach approx. 400,000 sq m”, says Dominika Jędrak, director of Research and Consultancy Services at Colliers International.

Strategy is made by residents

The current Lublin Development Strategy 2013–2020 is coming to an end. The city decided to involve residents in creating the new Lublin 2030 strategy. The participatory nature of the project will set the optimal course for the city’s development, which will take into account the needs of both local government and residents. The project ‘Let's invent Lublin together. We are creating a smart strategy Lublin 2030’ was awarded a prize in the Human Smart Cities competition organised by the Ministry of Investment and Development. Thus, Lublin city hall received funding of PLN 3.6 million for the project, which will take place over the next two years.