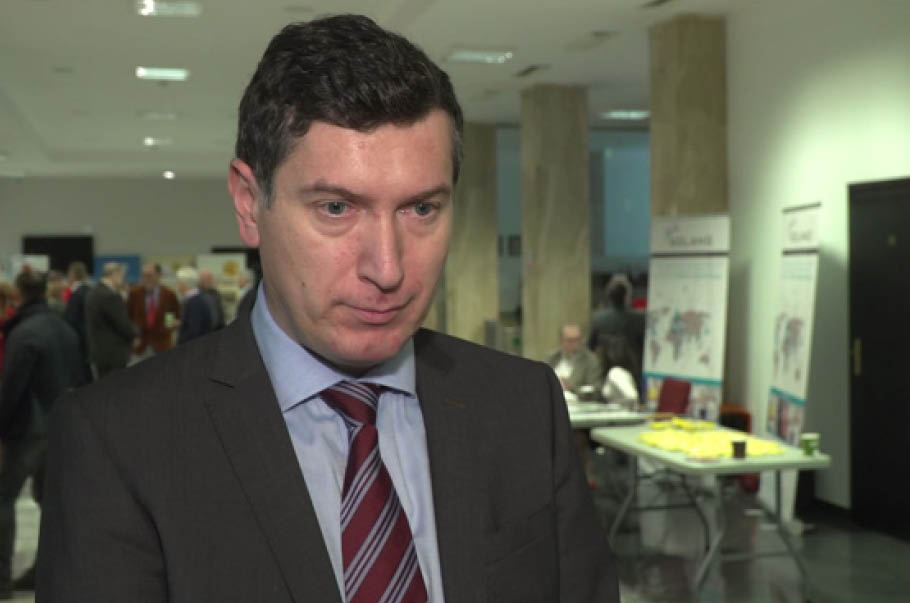 In 2019, Polish exports grew faster than imports thanks to which it returned to a positive foreign trade balance. Although Polish companies are flexible and despite the slowdown in the economy of their main trading partners, they are doing well abroad and the conditions are favorable for export, the government would prefer that target markets were more strongly diversified. According to the exporters, state institutions should promote our country abroad more actively.
“The data show very high resistance of our economy to what is happening to our largest economic partner, i.e. the European Union. The not perfect position of Germany in the first half of 2019 did not have a significant impact on the situation of our economy, although it could have caused concern among Polish entrepreneurs” – says Tomasz Salomon, Deputy Director of the Department of Trade and International Cooperation at the Ministry of Development in an interview with Newseria Biznes news agency. “We see the strengths of our companies, i.e. the quick ability to adapt to dynamically changing situations responding to these changes, both in terms of the nature of the offer and the selection of markets. We can see that the dynamics of export to non-EU markets is three times higher than to EU ones.”

After 10 months in 2019, the value of Polish exports in current prices amounted to PLN 845.4 billion and was 6.7 percent higher than in the same period of 2018. Imports also increased, but the dynamics were clearly slower than in the case of exports, which resulted in a positive balance of PLN 4.6 billion. Meanwhile, a year ago it was negative and amounted to PLN – 13.8 billion. The European Union remains Poland’s largest export partner, but its share fell during the year from 80.6 percent. up to 79.9%. The share of developing countries in the receipt of Polish products remained unchanged at the level of 7.1% which indicates its nominal growth, exports to Central and Eastern Europe also increased.

“Export opportunities are good. It seems that the dymanics we see now, should be kept at the same level. Our entrepreneurs have a craving for new, strong, growing markets e.g. Asian, Middle Eastern and Far Eastern, or North America” – remarks Tomasz Salomon. “This is also indicated by the dynamics of export growth to the United States, Canada, Japan, China and the United Arab Emirates. We have export growth of several dozen percent on these markets.”

From the entrepreneurs’ point of view, there is a favorable export atmosphere in Poland and the state supports companies that want to develop exports. One of the manifestations of such support is the activity of foreign Trade Offices at the Polish Investment and Trade Agency which act as a go-between in arranging meetings with potential buyers and distributors as well as providing market information. They already operate in 64 countries on six continents. This does not mean that there is no potential for improving foreign trade conditions by governmental institutions.

“The main barrier in increasing the internationalization of Polish enterprises is the low level of specialized knowledge regarding sales techniques, methods of securing payments, and the formulation of contracts” – enumerates Andrzej Stefański, director of the LEGATO International Trade Enterprise. “It would be good if institutions supporting export, such as the Polish Investment and Trade Agency and other agencies organized trainings for Polish entrepreneurs who do not export yet to equip them with the knowledge necessary to operate abroad. This kind of activity is more difficult than in Poland because the following barriers appear: distance, different legal environment, business culture, different language.”

Building a positive image of Poland in the countries to which entrepreneurs export, as well as providing information about Poland where it is scarce is of no less importance in helping with negotiations with foreign partners. The head of PHM LEGATO emphasizes the importance of a positive attitude of contractors at the initial stage of talks. An example of such a country is Kazakhstan where the company does business with good results. However, there are more markets worth paying attention to.

“The largest market in the world for most goods is the United States, because it is the richest country, but if we measure the size of the market with population potential, it is China and India” – says Andrzej Stefański. “Poles are often perceived by their Western partners as those who are well acquainted with the markets of the former USSR. This is true. All the more so that many Polish entrepreneurs still know Russian and have experience in sales to the East. We are also very successful there as Poland, but it can always be better.”