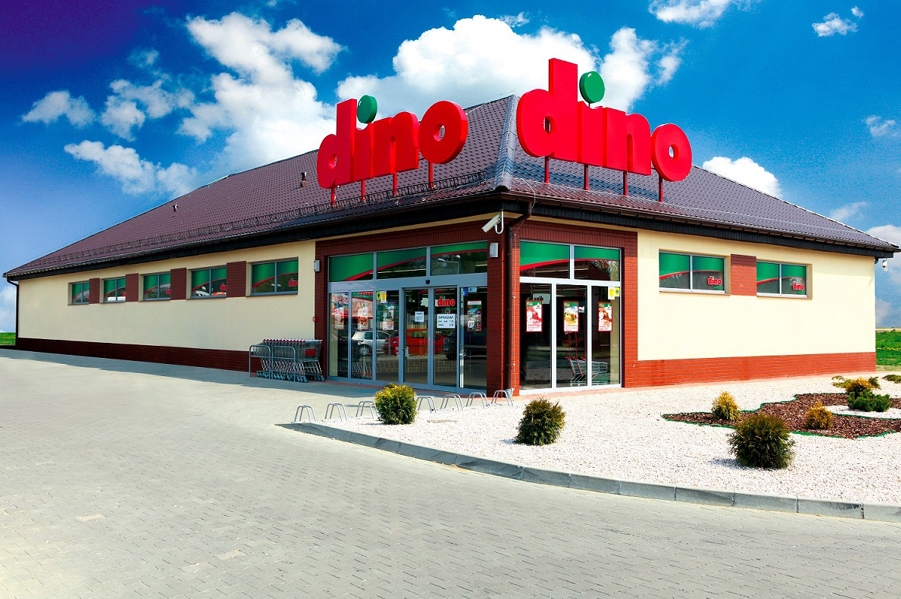 In the first three quarters of 2019 Dino Polska S.A., a Polish grocery store network, generated a top line of PLN 5.5 billion with LFL sales growth of 11.4%. The company earmarked PLN 629 million for capital expenditures from January to the end of September 2019, signifying 33% growth in comparison with the corresponding period of 2018. During this same period the store network expanded by 138 Dino stores, consisting of a total of 1,113 stores at the end of Q3 of this year.
Dino Polska S.A. continues to enhance its profitability. The company’s top line has shot up 30.7% year on year to more than PLN 5.5 billion on a year to date basis in the first 9 months of 2019. This was accompanied by an increase in EBITDA of more than 36.5% to PLN 505.7 million and further improvement in the EBITDA margin to 9.2% (up 0.4 p.p. y/y). In Q3 2019 alone Dino Polska’s quarterly revenue surpassed the PLN 2 billion watermark, i.e. it was up 31.0% over last year. This was accompanied by LFL sales growth of 12%.

“We are elated with rising sales in our existing store network depicted by our stable double digit LFL growth ratio. We treat this as proof of the trust customers place in the Dino brand. We build our product offering with great care, we attach importance to the opinions of our customers and we track consumer trends. That is why we are able to provide not just an extensive selection of products on a daily basis but we are also able to introduce many new products. To give one example, we are constantly refining our fruit and vegetable stand”, says Szymon Piduch, CEO of Dino Polska S.A.

The company’s capital expenditures totaled PLN 629 million in the period from January to the end of September 2019, up 33% from the corresponding period of 2018. Dino Polska S.A. has mainly invested in the rapid growth of its store network and the expansion of its logistics capacity. In the full year of 2019 the company will earmark roughly PLN 850 million for development.

“The retail trade will soon face the most intensive period of the year, bringing us closer to the Christmas Holidays. The ease and convenience of shopping take on special meaning in this period. That is why we intend to have a large number of new store openings across Poland in Q4 2019. It is our desire for Poles to be able to do their holiday shopping in Dino stores comfortably, quickly and close to home, enabling them to spend the time they save with their loved ones”, sums up Szymon Piduch, CEO of Dino Polska S.A.

Dino is a Polish network consisting of medium-sized grocery supermarkets located close to customers’ places of residence that is one of the fastest growing networks on the overall retail grocery market in Poland. Dino’s network consists of 1,113 stores (data as at 30 September 2019) primarily located in western Poland.

The Dino Group’s business model combines the advantages of the medium-sized supermarket format situated in convenient locations for customers with the ability to open new stores quickly and an attractive product range, comprising primarily branded and fresh products at competitive prices.

The Dino Group’s logistics network consists of four distribution centers located in Krotoszyn, Jastrowie, Wolbórz and Rzeszotary. Its geographic range makes it possible to deliver fresh products to all of the stores in Dino’s network every day of the week.

The Company has been listed on the main floor of the Warsaw Stock Exchange since April 2017. Dino Polska S.A. is majority-owned by Polish capital.