Polish Vodka – a guarantee of quality 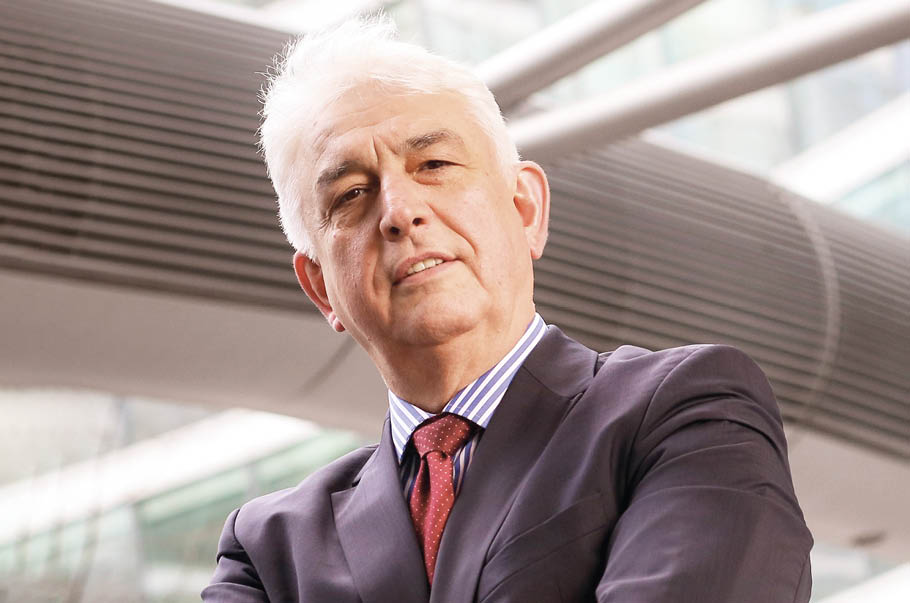 An interview with Andrzej Szumowski, the President of the Board of the Polish Vodka Association – about the many benefits from protected geographic indications
Vodka is the most recognizable Polish spirit worldwide. What is guaranteed by the “Polish Vodka” inscription on the label?

This is true. Polish Vodka still remains Poland’s sole globally recognized brand. This is the effect of work of many generations of farmers, distillers and producers. Thanks to their labour and rich traditions, our national spirit has been appreciated by being included in the list of protected geographic indications, just like Scotch Whisky or French Cognac. Polish Vodka has a great potential, since, as evidenced by the market trends, consumers are increasingly inclined to reach for products with a rich history and documented quality.

What exactly is “Polish Vodka”?

In order to provide additional protection to the tradition and mode of production of this liquor, the current definition of “Polska Wódka/Polish Vodka” came into force on 13 January 2013, stipulating that it should be made of traditional grain coming from Poland: rye, barley, oats, rye, triticale or potatoes. Furthermore, the entire production process has to take place in Poland.

The Polish Vodka definition also provides a response to the vodka definition formulated by the European Parliament, according to which, it may be produced of any raw material of agricultural origin, such as e.g. carrot or onion. Unfortunately, this has nothing in common with the Polish, or, more broadly, Slavic original. Above all, Polish Vodka references more than 500 years of tradition in the production of this spirit in the territory of Poland, as well as the craft of Polish distillers.

Polish Vodka as a protected geographic indication – how important is it on international markets?

Protected geographical indications bring many benefits. Such products serve as a guarantee of quality to consumers, since they are not anonymous and have to meet many specific requirements. To producers, they mean maintenance of high standards as well as healthy competition. These products are the country’s showcase, embodying traditions connected with a given geographical area, transferring its culture, history and values. Production of vodka, whisky, or brandy is possible all around the world, yet Polish Vodka, Brandy de Jerez, Cognac, Grappa, Scotch Whisky have to be produced in specific areas and their production cannot be transferred anywhere else. Therefore, Polish Vodka can be a product used to promote our country worldwide.

What actions does the Polish Vodka Association undertake in the area of promotion of the image of Polish Vodka as our national heritage – especially in the international arena?

For several years, the Polish Vodka Association has been conducting educational actions concerning the history and tradition of our national spirit. Research shows that the Polish people are still insufficiently aware that not every vodka from Poland is Polish Vodka. They do not know either which raw materials may be used to produce it.

In order to make it easier for consumers to recognize Polish Vodka, the Association initiated its own programme several years ago, introducing a marking guaranteeing the given product to be Polish Vodka. A word and figurative mark has been prepared and registered at the Patent Office, for a producer to additionally put it on packaging of a product meeting the requirements of the definition and technical specification.

However, the undertaken promotional and educational actions require support from state agencies and administration as well as the Polish diplomacy, in order to strengthen the consumer awareness of the importance of the Polish Vodka protected geographical indication. This liquor is our national good, the historic and cultural heritage of which we, the Polish people, should be proud. This is why it is worth promoting the uniqueness and extraordinary nature of Polish Vodka at home and worldwide.

Polish vodka has more than 500 years of history. We have our heritage, our geographical indication, and our own museum. Please tell us about the functioning of the Polish Vodka Museum and the plans for the years to come.

The Polish Vodka Museum was created to become the home of Polish Vodka. This is a new site on the tourist map of Warsaw, located in the Centrum Praskie Koneser mall at the former Rectification Plant building. The main goal behind the establishment of the Museum was to create a space in which the unique history of Polish Vodka could be presented.

The Museum familiarizes the visitors in an attractive, modern way with such things as the vodka production process or the raw materials of which it is made. One gallery is an exhibition of historic bottles, very unique and interesting, connected with periods in history – since the inter-war period until our times – and with the place itself. The visitors will also learn traditional Polish toasts, customs at the table, hospitality ceremonies. A large portion of the exhibition is dedicated to the subject matter of CSR, including responsible consumption of alcohol. At the end of the tour, visitors are invited to a short lecture about the differences and taste advantages as well as the proper consumption of individual kinds of Polish Vodka.

The Polish Vodka Museum is primarily a permanent exhibition. The offer will soon be expanded to include new products and services. It is our ambition to make the Polish Vodka Museum a place worth returning to. We will build a community around the place, constantly expanding our portfolio of services, interesting meetings and presentations.

Last year, the Polish Vodka Museum was visited by nearly 47,000 people. A considerable portion, approx. 40%, were foreigners. We predict a 30% growth this year. This is possible thanks to our effective cooperation with tour operators, domestic and foreign journalists, as well as entities active in the area of tourist promotion of Warsaw and Poland. Last year, Warsaw was visited by more than 10 million tourists, which makes for an enormous potential.

Vodka from Poland on international markets – which directions are the most prospective?

As for the overall value of vodka exports from Poland, according to the latest data by the Institute of Agricultural and Food Economics, we export EUR 139 million worth of vodka, accounting for 18% of our entire production. The exports of spirits are steadily rising, by an average of 2.8% year-on-year. The main export goods are pure vodkas. For several years, the largest recipient of Polish spirits has been France, and formerly, it used to be the USA. In 2018, the French market accounted for 25% of exports, while the USA for 19%. The German, Hungarian and Ukrainian markets are very significant as well.

How do the export results of Polish Vodka look like?

In the years to come, I hope we would be able to boast such export quotas of Polish Vodka as the Scots do with Scotch whisky, or the French with cognac, where 95-99% of products are sold abroad.

Polish Vodka has a huge potential, yet promotional activities are needed so that its rich history and proven quality could be appropriately appreciated and “sold” abroad. The unpredictable excise policy of our authorities is not insignificant. In Poland, the excise tax on spirits is 2.74 times higher than the excise tax on beer. Through its taxes, the spirits sector annually brings an amount of PLN 11.4 billion to the state budget. If the excise policy was more balanced, vodka producers would have more stable conditions for development abroad and surely could be able to invest higher amounts into the promotion of Polish Vodka worldwide.

A total of 246 spirits with protected geographical indications are registered in the European Union. Does Poland have much less of them than other EU countries?

Unfortunately, this is the reality… Poland, famous for its production of spirits, only has two protected geographical indications in this category. These are Polska Wódka/Polish Vodka and Wódka ziołowa z Niziny Północnopodlaskiej aromatyzowana ekstraktem z trawy żubrowej/Herbal Vodka from the North Podlachia Lowland, flavoured with bison grass extract. For comparison, France, with its winemaking traditions, has as many as 53 indications in the category of spirits, Portugal has 11 of them, Greece has 15. Among countries of our region, Germany has 34 registered indications, Hungary – 8, Lithuania – 8, and Slovenia – 7.

The awareness of protected geographical indications should be built in Poland, and then the consumers themselves will force an increase in products bearing this marking. I am deeply convinced this will happen soon.

Thank you for the interview.