LOT expands its cooperation with Colian 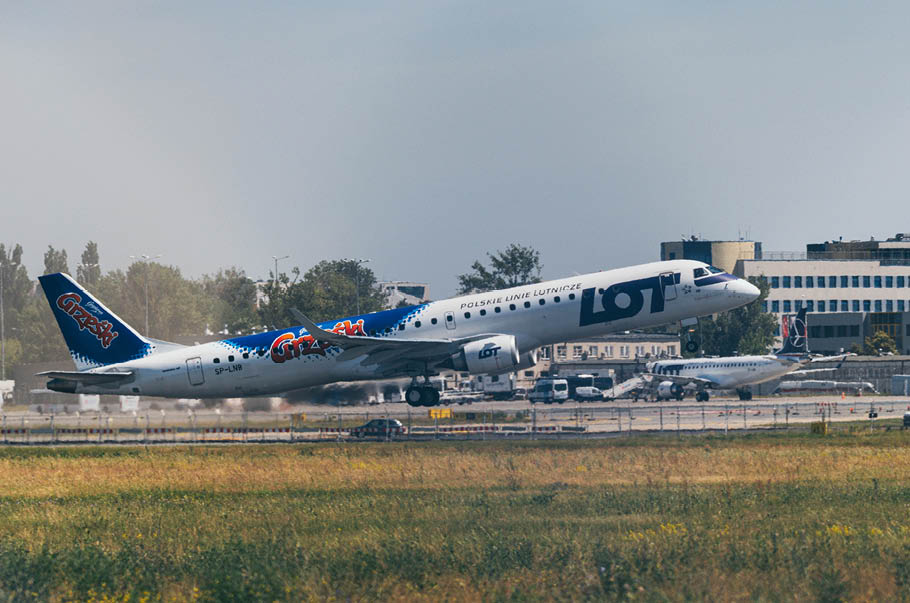 LOT Polish Airlines have been cooperating with the Colian company since 2015. That year, such products as Śliwka Nałęczowska plum in chocolate and Krówki Mleczne Solidarności fudge were introduced on board of state-of-the-art Boeing 787 Dreamliner aircrafts, as a part of a special treat in business class during long-distance flights, and have been well-received by the passengers. Currently, the offer of Colian products served on board of LOT aircrafts has been expanded by: Oranżada Hellena orangeade, Grześki wafers, Lily O’Brien’s chocolates, Elizabeth Shaw peppermint chocolates. The introduction of new products aboard is just one element of the cooperation between LOT and Colian. Specially designed advertisements of Colian’s flagship products – Śliwka Nałęczowska and Grześki – will appear on fuselages of three Embraer liners owned by LOT Polish Airlines. With a bit of luck, you can already see an Embraer taking off or landing with conspicuous Grześki wafer advertisements today. The second one will already receive new markings this year, and the third one – by the end of 2020.