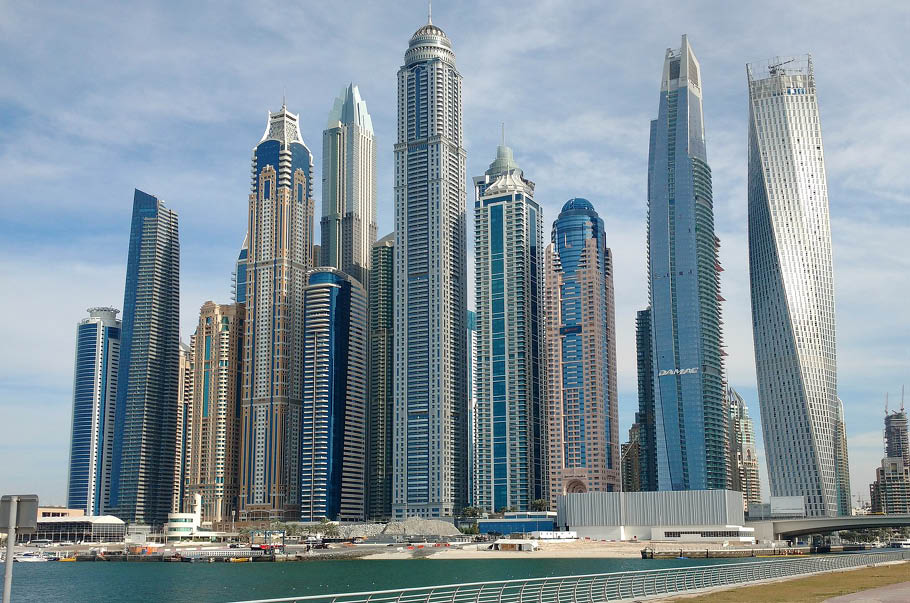 The agri-food exports to the United Arab Emirates are growing. After Saudi Arabia, this is Poland’s second largest economic and trade partner in this region. Only in 2017, the exports to the UAE market reached the value of EUR 85 million, growing by 11% over a year. However, the potential is still much higher. Halal meat, dairy products, confectionery or fruit preparations can become export hits. Polish entrepreneurs can count on assistance from the government, yet much depends on them, as stressed by Jan Krzysztof Ardanowski, the Minister of Agriculture.
“The agri-food exchange with the UAE is worth several tens of millions of euros. One can boast it but I think the potential to be utilized is incomparably higher. Not only does this country need food for its relatively small population of approx. 10 million but, above all, it is able to trade in food with a large part of the world: Asia, Africa, the Arab countries. As a kind of an intermediary with countries where we will never be able to trade successfully, the Emirates might prove a useful asset to us,” says Jan Krzysztof Ardanowski, the Minister of Agriculture and Rural Development, in an interview with the Newseria Biznes news agency.

After Saudi Arabia, the United Arab Emirates are the second largest economic and trade partner of Poland among the Gulf Cooperation Council states. In 2017, Polish agri-food exports amounted to approx. EUR 85 million, i.e. it was 11% higher than in  2016. Our best-selling categories include food preparations, confectionery and cigarettes but the UAE can also be a good recipient of halal meat, currently exported by Poland to several dozen countries.

“Above all, the UAE need large amounts of meat, of course halal meat, beef and poultry. This means enormous amounts of dairy products, above all, with short shelf life, because the world does not want food with half-year or one-year expiry dates on the package, it becomes junk food, so it is also the quickness of transport and logistics that will be decisive,” Ardanowski points out.

In 2017, the value of exports of dairy products from Poland to non-EU countries increased by 27% to EUR 476 million. Most of this is sold to Algeria, China and Saudi Arabia.

“Moreover, there is high demand for sugar in the UAE. We are a great sugar manufacturer, sweets and honey are much sought-after in Islamic countries and these are the things we have. This also surely includes, given the climate, juices made of fruit and vegetables growing in our climate, apple juice, different soft fruit concentrates,” the Minister of Agriculture enumerates.

Poland is a top-tier global exporter of confectionery. Only between 2012 and 2016, the exports of Polish sweets grew by nearly 79.5%. The analyses carried out by experts of Bank BGŻ BNP Paribas show that Poland exported 15,200 tons of honey in 2017, which is 11% more than the year before. The vast majority reaches EU markets, yet Islamic countries may be significant recipients. Ardanowski points out that the range of products which may become export hits in this part of the world is enormous, but utilization of this potential is largely in the hands of Polish producers.

“The role of administration and government is to assist in overcoming of organizational or legal barriers, accessing the market, concluding agreements in the countries of the Orient. Another key issue is whether public authorities validate individual companies by showing their support, so that every Polish company may count for such support from government representatives, yet the rest is in the hands of the entrepreneurs themselves,” the minister convinces.

As stressed by Ardanowski, Poland cannot compete on low prices; in this regard, we will not win with such countries as Ukraine (fruit prices) or Brazil (meat). The main value of Polish products is their high quality.

“It is very important to the UAE that Poland does not try to pick on stronger opponents, does not only compete on low food prices. We will never beat Brazil in production of chicken or Argentina in production of beef, or the vast areas of Russia and Ukraine in production of wheat or other cereals. We have to stand out with something and our food must be the best in the world, it has to be food to make someone eager to pay a higher price, knowing this is crème de la crème on global tables,” Jan Krzysztof Ardanowski stresses.