poultry – on the rise 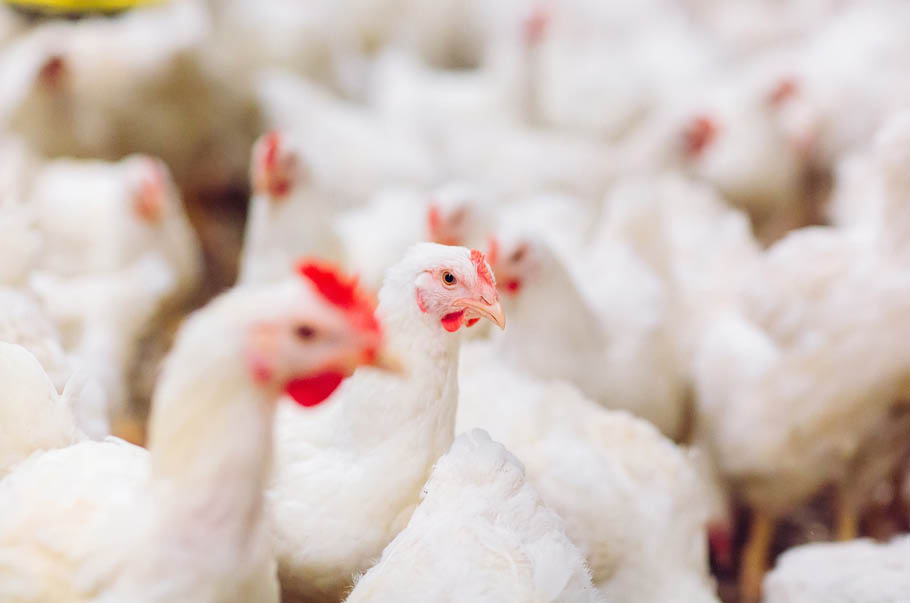 Polish poultry trade flourishes at home and abroad. Statistically, consumption of poultry meat among Poles reached 30.5 kg per person in 2017.
Since 2014, Poland is also the undisputed top producer of poultry. Data published by the European Commission shows that in 2017 Polish poultry production reached 3,1 million tonnes. To compare, production in France and Germany remains at about 1,8 million tonnes and those countries are also considered leading poultry producers. Polish poultry is universally appreciated for its high quality and competitive price so there is little surprise that it also became a desirable product internationally. In 2017, we exported nearly 1,2 million tonnes of poultry. The main destinations were Germany, the United Kingdom and France.

Trade exchange with Polish poultry producers are seen as desirable also outside the EU. We observe that non-European countries open their markets to our poultry. Polish exporters see the greatest potential in many countries in Asia and South Africa. This interest reaches beyond just poultry meat. Some countries, like Taiwan or Japan, import significant volumes of Polish duck and goose down and feathers which are considered luxury products on that markets.

Every year the Polish National Poultry Council – Chamber of Commerce (KRD-IG) implements many educational activities aimed at promotion of Polish poultry in Europe and other markets as: China, South Africa, Taiwan, Singapore, Vietnam or the United Arab Emirates. This international promotion is realized by hosting Polish Poultry booths at the most important food and meat fairs and by arranging meetings with foreign government authorities, local importers and representatives of foreign veterinary services. We present the successes of polish poultry sector; we inform about its constant development and modernisation. We also focus on the advantages of Polish poultry, like its high quality and great taste. All of those activities translate into increased trade and increased appreciation of the Polish poultry all over the world.

One of the greatest success of the Polish government, veterinary services and also KRD-IG is the fact that almost all countries that blocked import of Polish poultry after the outbreaks of avian influenza in 2016/2017 have already reopened their borders to the Polish poultry – including South Africa.  I strongly believe that the Polish National Poultry Council – Chamber of Commerce has significantly contributed to this success, by taking a number of actions, both local and international, aimed at facilitating re-opening of those markets. In case of South Africa, we have organized bilateral meetings with competent authorities and coordinated veterinary audits. We are glad that those undertakings have proven successful. Today, 13 Polish producers are permitted to export poultry products to the South Africa. I am fairly certain that this number will increase. Another success was signing of a bilateral protocol between Poland and China, which finally led to re-opening of the Chinese market for Polish poultry. It is a source of great pride that our organization was deeply engaged in these processes.

We serve as a facilitator, enabling national producers to enter foreign markets through our international promotion of Polish Poultry. We maintain up-to-date and valid information on all documentation and processes required for export to foreign markets. There are of course certain challenges when it comes to production and export. Some of them are expanding the offer of the Polish poultry producers, ensuring sustainable growth of the sector and safeguarding production safety. We also see consumer awareness as one of the main factors needed to facilitate growth of the whole poultry sector.