Interview with Łukasz Dominiak, CEO of the National Poultry Council 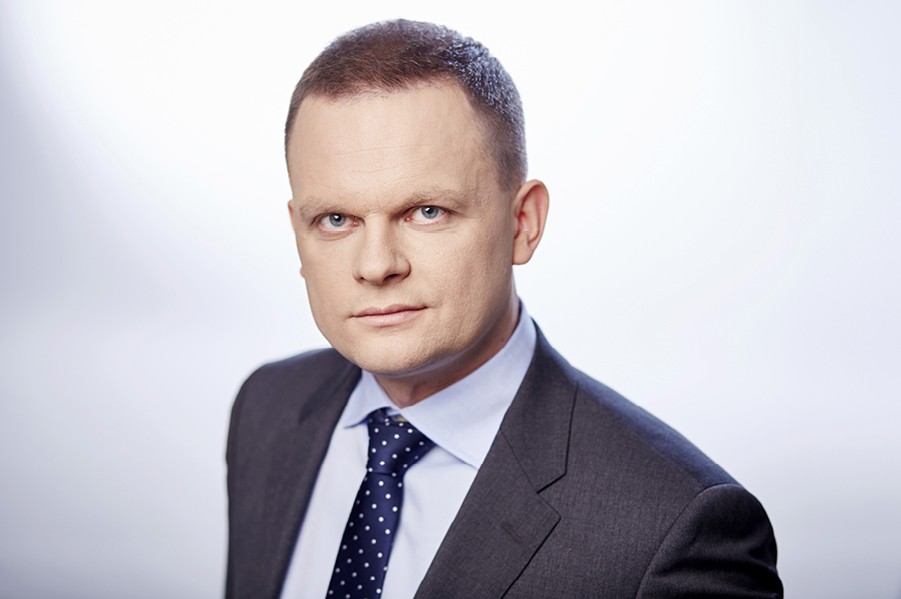 Poland is the European leader in the production of poultry meat. What have the results and growth dynamics of exports been like over the recent years?

According to the data of the Central Statistical Office, the production of poultry meat in our country in 2015 reached 2 159 000 tons, of which 42%, i.e. 909 000 tons of meat and poultry preparations, were scheduled to be exported. As shown by the data above, nearly a half of the Polish poultry reaches foreign markets. For comparison, exports of poultry meat from Poland in 2004 were estimated at 131 000 tons. Thus, over 11 years, exports have increased almost sevenfold, giving Poland a leading position in the European Union. Currently, as much as 15 per cent of broilers reared in the EU, on which production of poultry meat in this area relies on to a great extent, come from Poland. Our products are sent, above all, to Germany and the UK. Polish poultry products also enjoy much popularity in Asia, including China, where we are currently the sole supplier of European poultry.

How about predictions for the next years?

We can notice a constant rise in the volume of consumption of poultry meat, both on the domestic and the global market. This results from many factors. Poultry meat is cheap to produce, widely available, easy to prepare and widely accepted by consumers. Contrary to some other kinds of meat, it is allowed by all religions. Therefore, it is an essential source of protein for consumers worldwide. To illustrate this fact: according to the data from the Institute of Agricultural and Foods Economics, the consumption of poultry meat in Poland last year was larger than the previous year, amounting to 28.3 kg per citizen. This year, the upward trend will continue, since, as estimated by the experts of the IAFE, consumption of poultry meat in 2016 will achieve the level of 28.8 per citizen. The situation is similar in other countries of the Community. Consumption of poultry in the EU in 2015 reached, on average, 22.5 kg per citizen. Predictions for 2016 claim that both consumption and production of poultry will maintain an upward trend, reaching a level of 13 505 thousand and 13 993 thousand tons, respectively. Moreover, as stated in the report of the European Commission “Prospects for agricultural markets and income in the EU for 2014-2024”, this trend is long-term – within the following 10 years, production and consumption of poultry in Europe would still be on the rise.

What is our advantage over the competition?

The main advantage of poultry meat, both from Poland and other countries of the European Union, is high quality, resulting, on the one hand, from market expectations, and on the other hand, from stringent legal regulations binding the poultry producers, processors and distributors. Full control over the production process “from field to table” (at each stage of the agri-food chain – from rearing to slaughter, packaging, transportation and consumption) as well as effective enforcement of domestic and European regulations make the meat from Polish poultry farmers not just tasty but also completely safe to consume. The development of production facilities has enabled Polish producers to obtain a significant excess of supply and, as a result, to provide high quality, tasty poultry at competitive prices to the global market, due to adopting the high EU production standards.  An essential characteristic of the Polish poultry production is the high degree of vertical integration of the sector, guaranteeing full traceability and control over each stage of production. Compared to Europe and the world, the Polish offer stands out with its unique production flexibility – most producers offer cuts and methods of packaging tailored to the demands of their customers.

What challenges are faced by the Polish poultry sector?

Currently, we struggle with several challenges. One of them is strong competition from the United States and Brazil. Another problematic issue are non-tariff barriers applied in international exchange; in many cases, they are not legally authorized and can be difficult to predict, since they can suddenly disturb the structure of exports.

There are several factors the emergence of which would seriously threaten the Polish poultry industry. They include a risk of introduction of a European ban on the use of GMOs in animal feed, which would prevent farmers from composing healthy, high-protein feed at costs enabling maintenance of the market prices of poultry. It is all the more harder to accept that neither eggs nor meat of poultry fed with GMO feed are  classified as GMO food – there is no scientific evidence that genetically modified material can pass from poultry feed to the meat of animals. This means that meat of poultry fed with foodstuff containing an addition of GMOs is no different in any way from products of animals fed with conventional feed.

We can see a certain threat in negotiations with the USA under the Transatlantic Trade and Investment Partnership (TTIP). Our industry opposes total trade liberalization. The legal regulations applicable to the poultry sector in the USA are much less stringent than the European ones, allowing use of growth promoters in rearing, maintaining lower standards of animal welfare, and tolerating meat disinfectants deemed controversial in Europe. The USA also lack plans on the control of contagious poultry diseases (e.g. salmonella). Poland does not wish to abandon the high quality and safety of products to match the prices of the cheaper American offer, since it would mean violation of the previously followed principles concerning healthy, safe and environmentally-friendly production. Therefore, we struggle to protect the European market from being flooded with American poultry, through such measures as creating a list of sensitive products, which should include assorted elements of poultry meat.

The main trade partners for Polish poultry producers are the states of the European Union. 80% of our exports reach these countries, mainly Germany, the United Kingdom and the Czech Republic. Such a high percentage of recipients within the EU results, above all, from clear principles of cooperation, guaranteeing coexistence in the common market. As we believe that diversification of sales directions is essential as well, a part of our export is directed to third country markets. Virtually every year, based on veterinary audits, Polish poultry establishments gain export opportunities for new countries. Recently, Polish companies received accreditations for exports to South Africa, we are also finalizing agreements with such countries as Taiwan and Singapore. It is in the new, non-European outlets that we can notice the most development potential for the Polish poultry sector.

Please tell us about the campaigns promoting Polish poultry.

The first promotion campaign for Polish poultry that should be mentioned is surely the “European Poultry – quality is strength” campaign, financed from the resources of the European Union. A promotional and informational action running from 2016 to 2019 takes place in China, Hong Kong, Vietnam and the United Arab Emirates. We also conduct a number of promotional projects financed from sectoral funds, e.g. participation in foreign trade fairs and economic missions or communicational projects oriented towards education, added value development and protection of the image of the domestic poultry sector.