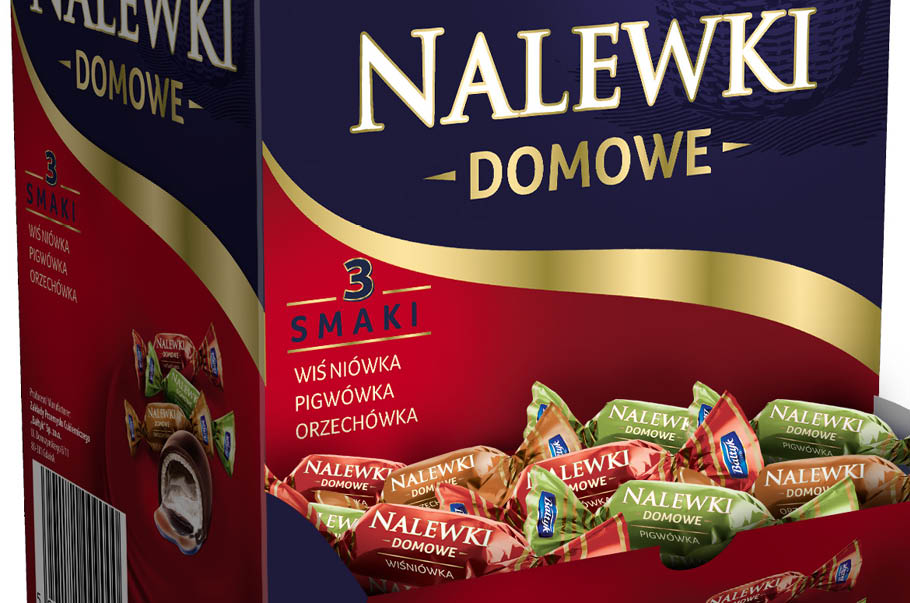 Likworki by “Bałtyk” are candies with liquid filling hidden under a chocolate layer and a shell of crystallized sugar. They are unambiguously associated with Gdańsk – the city where they came into being and where they have been continually produced for 50 years. Their production involves several generations of chocolate delicacy creators. Works on their special recipe and production technology were in progress as early as the 1960s. When creating its liquor candies, “Bałtyk” cares for every little detail. It is even important that the liquor candies are not made during a storm, as ionized air may have an adverse effect on the process of sugar crystallization.
The continuous production of liquor candies and many years of experience have placed “Bałtyk” in the lead of Polish and European companies with the most experience in manufacturing such confectionery. In connection with the 50th anniversary of the tradition of production of these unique sweets, the company has prepared 2.5-kg packages of “Nalewki Domowe” and “Likworki Gdańskie” candy brands in new graphic designs. To celebrate the jubilee, “Bałtyk” has carried out a special #KarnawałLikworków campaign in social media, under which competitions and games for Internet users have been organized. Soon, enthusiasts of liquor candies will be able to participate in further jubilee promotional actions.