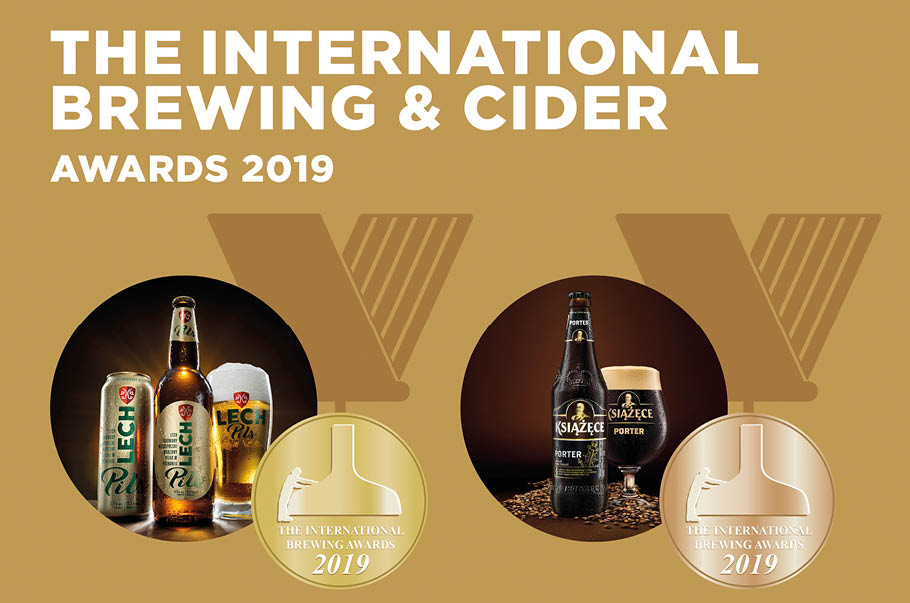 Two beer brands of the Kompania Piwowarska have been distinguished in the world’s oldest and most prestigious beer competition – The International Brewing & Cider Awards. By the jury’s decision, Lech Pils, brewed at Lech Browary Wielkopolski, received the Gold Medal in the “Lager 5.5-6.9% ABV” category.
Książęce Porter, on the other hand, came back from the competition with the Bronze Medal in the “Strong Dark Beer” category. Lech Pils and Książęce Porter are the only Polish beers that have joined the group of this year’s winners. Tyskie Gronie, having won five awards so far, remains the Kompania Piwowarska beer with most distinctions granted by the TIBA.