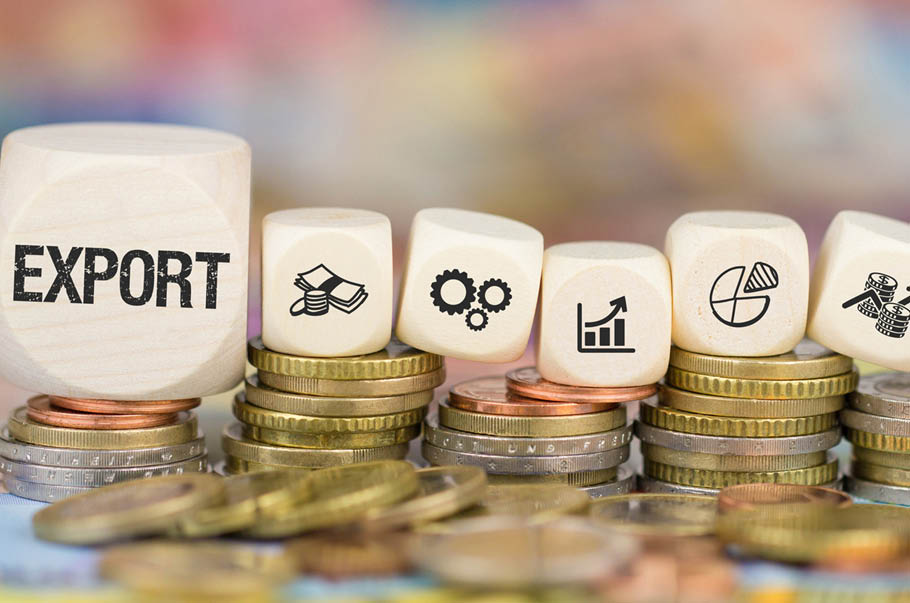 In 2017, the value of food exported by Poland reached a record high level of EUR 27.3 billion and was 12.3 percent higher than the preceding year, surpassing in terms of dynamics, the increase in the value of total exports, and reaching 10.2 percent. At the same time, the share of agri-food products in exports amounted to 13.4 percent.
Statistical data shows that the previous year was marked by the continuation of a very good streak in the Polish agri-food sector, best confirmed by the export results. It is also worth emphasising that although trade exchange was generally favoured by a good economic situation throughout the global economy, the high dynamics of exports of agricultural commodities and food products was achieved in not always favourable conditions and circumstances, not to mention the appreciation of the zloty. Despite the forecasted slight slowdown in global economic growth, in the coming years it should remain at a high level, and this should favour the export of Polish food; especially, that in almost all countries the phenomena accompanying a good economic situation include a clear improvement of the situation on the labour market and an increase in wages, and thus, all factors which favourably affect consumer demand, including a demand for food products.

Traditionally, the biggest recipient of Polish agri-food products is Germany, where last year Polish exports of agri-food products topped almost EUR 6.5 billion, over 18 percent more than in 2016.  The United Kingdom ranked second, with EUR 2.4 billion worth of exports (an increase of 12.2 percent), followed by the Netherlands, ranked third, to where goods were exported for EUR 1.7 billion (23.7 percent more than in 2016).

The exports from Poland to China increased heavily last year, by approximately one third, reaching a record high level. The value still remains modest and amounted to PLN 12.5 billion, and the share of food products in this sum reaches to more than 10 or so percent. Poland exports mainly meat, poultry and dairy products to China. The situation is a lot less flattering when it comes to other goods; this was due to, among other factors, numerous administrative barriers, including sanitary approvals and other requirements. China is a particularly demanding and capricious partner in this respect. It was not until mid 2016 that Poland obtained a license for the export of apples to China; and in 2014 for fish and preserves. Another problem is also the maladjustment of the scale of demand from Chinese companies to the capabilities of our producers. The former are usually interested in exports of large batches of goods, which is a tall order for Polish small and fragmented suppliers.

Polish companies are increasingly boldly looking for new, often quite exotic, directions of export. Exports to Sri Lanka increased almost 3.5 times last year (mainly sugar), while flour exports to Senegal increased by 70 percent. Exports to Brazil, Ghana, Malaysia and Mexico were 60 percent higher in the case of each of these countries. We exported over 40 percent more food to the United States (mainly pork) and Turkey (mostly beef).

According to Central Statistical Office data, there are several thousand companies operating in the Polish agri-food industry, with an annual turnover of around PLN 200 billion. Almost one third of the production finds buyers abroad. Poland ranks sixth in terms of food production in the European Union. The share of our country in the total value of the European Union’s food industry production increased from 6.9 percent in 2004 to over 8.5 percent. The share of exports of agri-food products in the total value of Polish exports in 2017 was 9.3 percent; hence, it was only slightly lower than the level of 9.6 percent achieved in 2016. It is also worth pointing to the EUR 8.4 billion surplus of exports of agri-food commodities over imports. In total, in Polish foreign trade, this surplus amounted to only EUR 0.4 billion, which indicate that the agricultural and food production industry contributed in a significant manner to the maintaining of a positive trade balance.

Poland still sells the vast majority of its food exports to its closest neighbours. Last year, 81.5 percent of exports went to European Union Member States, and 4.7 percent to the Commonwealth of Independent States. This structure has hardly changed in comparison to 2016.

In addition to chances and opportunities, it is also worth being aware of the challenges and threats that the export of Polish food may soon face. The biggest challenges include growing competition from other countries, increasingly higher demands from customers and the proliferation of various types of legal regulations. One of the threats may be the consequences of Brexit, i.e. the exclusion of this country from the common market and the perturbations associated with a possible trade war.

Although competition, objectively speaking, is not a bad phenomenon, and it can actually have a positive impact, it is beneficial for partners who operate under similar conditions. However, Polish producers may find it difficult to compete with countries such as Ukraine, due mainly to costs; or in some areas of production and cultivation, due to an advantage resulting from natural (climatic, soil or structural) conditions. Recipients and consumers are paying more and more attention not only to quality, ecological and health requirements, but also, for example in the case of animal products, to well-being and obtaining of the raw material in conditions more akin to natural practices rather than large-scale procedures. More and more demanding legal regulations related to many issues of production and trade are also becoming a problem, including growing protectionist tendencies aimed at protecting a given country’s producers or markets, and often serving to block in a camouflaged manner (for example through the use of sanitary issues), access of producers from other countries.