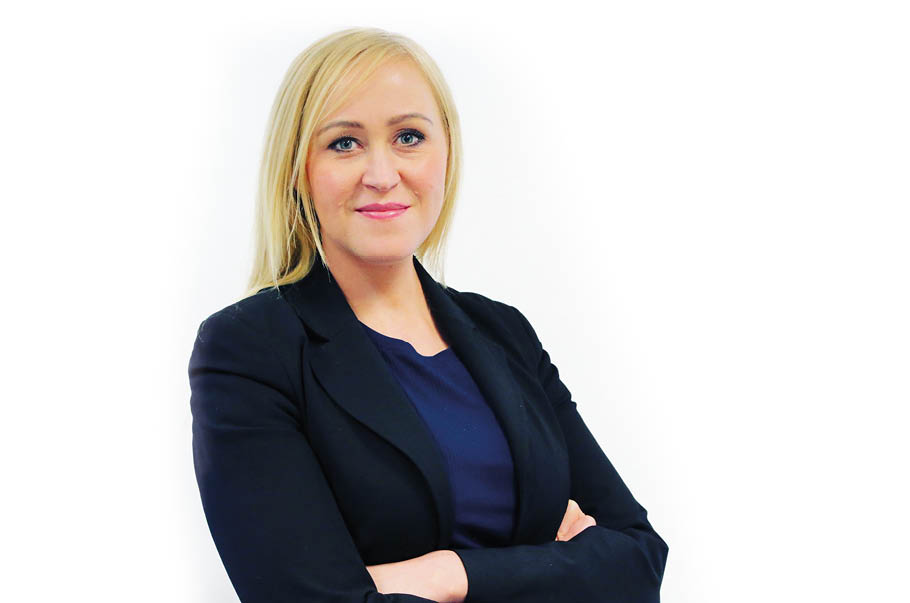 For more than ten years, we have been observing a constant increase in the turnover of Polish foreign trade in agri-food products. Moreover, the growth rate of the value of exports is noticeably higher than the one of imports, affecting the systematic increase of the positive trade balance. Since 2004, the accession of Poland to the EU, the balance of foreign trade in agri-food products has grown more than ten times.
Polish food exports keep growing year by year. This is surely good news for our producers. Could you discuss the causes behind this positive trend?

The increase in Polish agri-food exports is being affected by many factors. These include the favourable situation on the markets of Poland’s main trade partners, or competitiveness of domestic export goods. Consumer awareness is on the rise as well; a foreign consumer is increasingly likely to choose low-processed, high-quality food, rich in nutritional value. The Polish offer perfectly fits in with this demand. We would like the Polish offer to compete – to stand out on foreign markets thanks to the quality, high taste and nutritional advantages of Polish foods, high safety standards, as well as the unspoiled production environment and the richness of our product offer. We increasingly encounter such reception of Polish foods on foreign markets, as evidenced by export results. Moreover, export is an important factor stabilizing the domestic market, enabling transfer of surpluses to foreign ones. Strong competition on the domestic market encourages Polish entrepreneurs to initiate export operations.

Our largest customer is Germany. What Polish products enjoy most popularity there?

Germany invariably remains Poland’s main trade partner with regard to exports of agri-food products. In 2017, exports to this country reached EUR 6.5 billion, being 18% higher than the year before. The German market is a potential outlet for products of all branches of the agri-food sector, as evidenced by data concerning the turnover of foreign trade in agri-food goods over the recent years.

An important role in the choice of a product by a German consumer is played by its high quality, as well as food production methods and standards, such as animal welfare issues. Among Polish products with the most potential of export to the German market, one can mention: fish and fish preparations, cereal and flour preparations, meat, mainly poultry, offal and meat preparations, cereals, confectionery products, vegetables including mushrooms, dairy products, and fruit, including nuts.

It is an interesting and possibly surprising piece of information that excluding the EU countries, the largest recipient of our food is the United States. Immense growth has been recorded here. What lies behind this success?

The cornerstone of this success is the large attractiveness of the US market, comprising several factors, such as over 300 million potential consumers with diverse tastes, whose numbers are still growing; openness of the market to new products – the US economy is among the world’s most absorptive ones and is able to find outlets for the constantly increasing new goods; the increasing interest in healthy foods, BIO products, due to the increasing demands of the society concerning the quality and origin of the products consumed (health-oriented trends apply primarily to metropolis inhabitants).

However, the US market is also characterized by very high competition. Therefore, in order to succeed, promotion of Polish foods on this market should be intense and continuous. One should also make the Americans associate a Polish product with high quality and the best ingredients. Very good export results of Polish foods to the USA in 2017 (volume of exports: EUR 523 million – a 40% increase compared with 2016) evidence the high awareness of the Polish exporter in this regard.

On what other distant markets do our foods have the chance to succeed?

Asian, Middle Eastern, African and North American markets are indicated as the most prospective ones for Polish agri-food exports.

Additionally, the plan of foreign promotional activities of the National Support Centre for Agriculture for 2018, upon consultation with entrepreneurs cooperating with the NSCA, includes the following markets: Germany, France, Mexico, Singapore, South Korea, Taiwan, Thailand, Indonesia, Kenya, and Russia. These are markets with a market potential, on which Polish foods have a chance to succeed.

Many companies I interview would gladly build their presence on the Chinese market. How do you assess the chances of Polish food products on that market?

I believe Polish food products have a great opportunity to succeed on the Chinese market. They are products with proven high quality, enjoying the trust of consumers as compliant with EU standards and coming from clean regions of Europe. However, support to entrepreneurs interested in exports to this market is necessary in order to really make it true. On the one hand, it may come from the entrepreneurs themselves, as they benefit from associating and mutual assistance. The poultry industry can serve as an example, as it has decided to open an agency in Shanghai. Although avian influenza has thwarted the plans of the industry, poultry exports to China will soon be possible again (upon completion of the work on updating the veterinary certificate). On the other hand, the Polish administration has a vital role to play, supporting the recognizability of Polish food in China and building the Polish brand through numerous promotional and informative activities, as well as supporting the presence of Polish entrepreneurs in China through such activities as the organization of economic missions of Polish exporters to China, combined with the participation in major fair events of the agri-food industry.

The highest level of exports is recorded by the dairy industry and meat producers. Why do these two sectors fare best?

What contributes to the export success of these sectors is, above all, the high quality of the goods produced , as well as Europe’s leading modern production facilities. After its accession to the EU, Poland had to modernize its machinery which is now technologically ahead of the Western European countries, particularly in the dairy industry. Another vital fact is that the Polish dairy industry has strong brands which can successfully conquer foreign markets. In the case of the meat industry, it is worth paying attention to the production potential of Poland – we are the European Union’s largest poultry producer and the EU’s fourth producer of pork. Exports of Polish meat are supported by numerous promotional and informative campaigns implemented on markets in many countries. Each year, the Ministry of Agriculture also opens access to further global markets, contributing to the development of the export of Polish meat.

What are the greatest difficulties encountered by Polish exporters?

On foreign markets, Polish exporters face strong competition from countries that have been building their export position for many years. Foreign markets, such as the Western European ones, are strongly saturated. The Poles have to compete with global players benefitting from large capital and extensive distribution networks. Outside Europe, unfortunately, Poland is not a well-known country with worldwide recognition, although various cultural bonds have linked us with many countries. This makes it harder to convince global consumers to choose Polish foods out of all the offers available on the market. However, the growing trade results evidence that our food is gaining popularity and the trust of foreign consumers.

What actions in support of food exports are conducted by the National Support Centre for Agriculture?

The NSCA conducts a range of activities supporting the exports of Polish agri-food products to foreign markets. The most important ones include the organization of economic missions combined with participation in international agri-food fairs at exhibition stands under the common slogan “Poland tastes good”.  A large part of them will be organized under the industry’s programme of the promotion of Polish food specialities, financed from the resources of the Smart Growth Operational Programme (SGOP). In 2018, the NSCA gives the entrepreneurs an opportunity to participate in more than 20 such economic missions to countries with the most export potential. Moreover, the NSCA manages the implementation of information and/or promotional campaigns under the Common Agricultural Policy mechanism “Support to promotional and informative activities on markets of assorted agricultural products.” 6 informative and promotional programmes are being implemented on 5 continents in the current year. Moreover, the NSCA conducts numerous promotional actions popularizing Polish foods worldwide, holds B2B meetings for Polish and foreign entrepreneurs from the agri-food sector, acts as an intermediary in the establishment of contacts, and also organizes inbound missions of foreign importers and journalists from the countries considered to be the most prospective for the development of Polish exports.